Back in my teenage years and before, I was a huge fan of the Avalon Hill board game company. I mostly played war games like Third Reich, Gettysburg, and Squad Leader, but occasionally a sports game would make it onto my gaming docket.

One such game was Title Bout, a text-based boxing sim that allowed you to create match-ups between the greatest boxers of all-time. Muhammad Ali vs. Joe Louis, Sugar Ray Robinson vs. Marvin Hagler — the possibilities were limitless.

Title Bout Boxing on the Computer

I was aware that a computer version of Title Bout was in the catalog of the folks at Out of the Park Developments, makers of the gaming crack known as the Out of the Park Baseball series. I had yet to try the game, so soon after the English development shop, PISD, acquired the rights to Title Bout Championship Boxing 2013, I scored on a review copy. 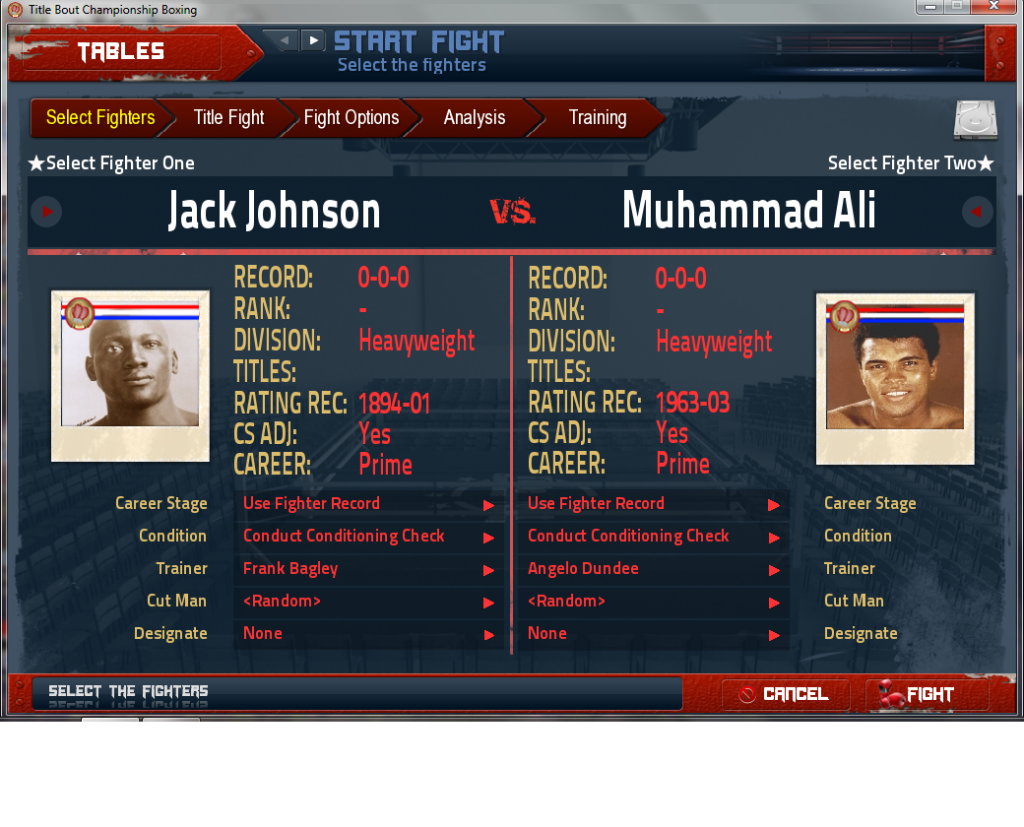 The game plays perfectly as a computer version of the board game. You can set up tournaments, one-on-one bouts, and more, with tons (over 6600!) of historical modeled fighters — and even corner men and cut men. TBCB tracks statistics, generates rankings by the different boxing organizations, and a whole host of other features.

Action at the Ringside in TBCB 2013

Each fight features radio-style punch-by-punch commentary with some animation that gives a basic idea of the action in the ring. You can also simulate multiple matches on the fly, which is great for seeing who is the best of all time — Ali, Jack Johnson, or Joe Louis. Most of the ratings as well as the game engine — and accuracy — carry over from the board game version of Title Bout.

Johnson and Ali enter the ring in TBCB 2013. Screenshot by Author.

The only thing missing from TBCB 2013 is a true career mode and game AI, but these features are slated for the first major update to the game, scheduled to arrive in 2014. Their addition will undoubtedly make TBCB as crack-like as the Out of the Park Baseball series.

Still, even in its current form, there is no reason for any boxing fan not to pick up Title Bout Championship Boxing to see what happens if Mike Tyson enters the ring against Muhammad Ali or any other combination of historical fighters. It truly serves the legacy of Title Bout quite well.

Oh, and Ali defeated Jack Johnson in a 12-round unanimous decision in the fight these screenshots are taken from.