Music in a Doll's House. twitter.com/johnlennon/sta…

Are we overdressed? Never! "Starring in the role of Bam-Bam is Paul Thompson!" twitter.com/dark_shark/sta…

This week’s iPhone 5 announcement by Apple revealed more of an evolutionary model as supposed to something revolutionary. 4G LTE compatibility and a 4-inch touchscreen have been enjoyed by Android users for a year. None of the iOS 6 enhancements resonate. NFC technology remains missing. Still that wasn’t the biggest disappointment for me from this latest Cupertino dog and pony show.

My 60GB iPod Classic is getting old; its battery is wearing thin, and every time I want to sync a new album, I have to remove another one. Having my own radio station served up by the uncanny iTunes Shuffle algorithm is my favorite feature of the iPod, so being forced to filter my music library to fit onto 60GB is no longer an option. 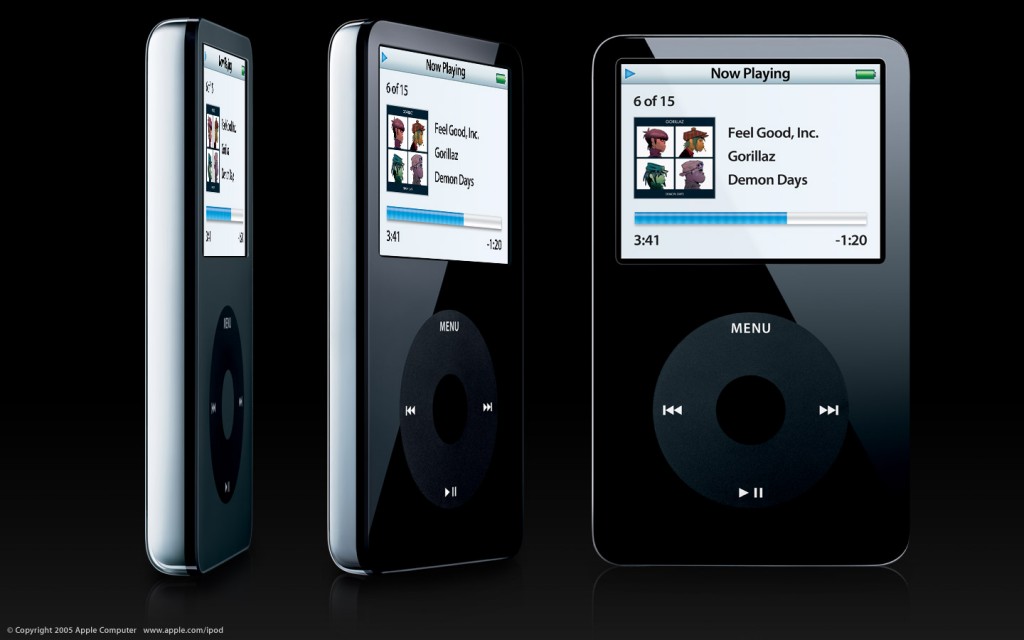 My 60GB iPod Classic is getting old, Apple. Hurry up with the 128GB iPod Touch, will ya? Photo Copyright Apple Computer. So there.

Yes, I know the 64GB iPod Touch exists, and so does the 160GB iPod Classic — at least for a few more months. 64GB doesn’t allow for future growth for my iTunes library, plus I want the gaming and other functionality provided by the iPod Touch. My 32GB iTouch stays relatively unused since the iPad 2 showed up, but the 160GB iPod Classic is a non-starter for me. As Jesse Pinkman would say, “I want the solid state, yo.”

Apple, you are the most powerful technology company in the world. Others lie cowering in the wake of your teams of patent lawyers. Help a brother out?

← Adaptive and Capgemini Show Everyone How to do a Conference Presentation
The Best Slider in the USA? It’s Urbana, Ohio’s Crabill’s →