Well, it looks like the acute stupidity known as the NHL Lockout is finally nearing its end. Some fans aren’t even planning on watching the league this year; opting instead for a NHL Boycott. Soon, there will be another way to get one’s hockey fix — on the PC or Mac instead of the ice.

Just in time for the holidays, Out of the Park Developments announced a robust initial feature list for FHM 2013.

The fact that one can start any NHL season back to 1947 with the game progressing seamlessly from season to season is a great feature. In Out of the Park Baseball, I am currently playing an OOTP game running the Cleveland Indians that started in 1920, with the hopes of ensuring the New York Yankees never win a World Series. I’m currently finishing up the 1921 season — so far, so good! 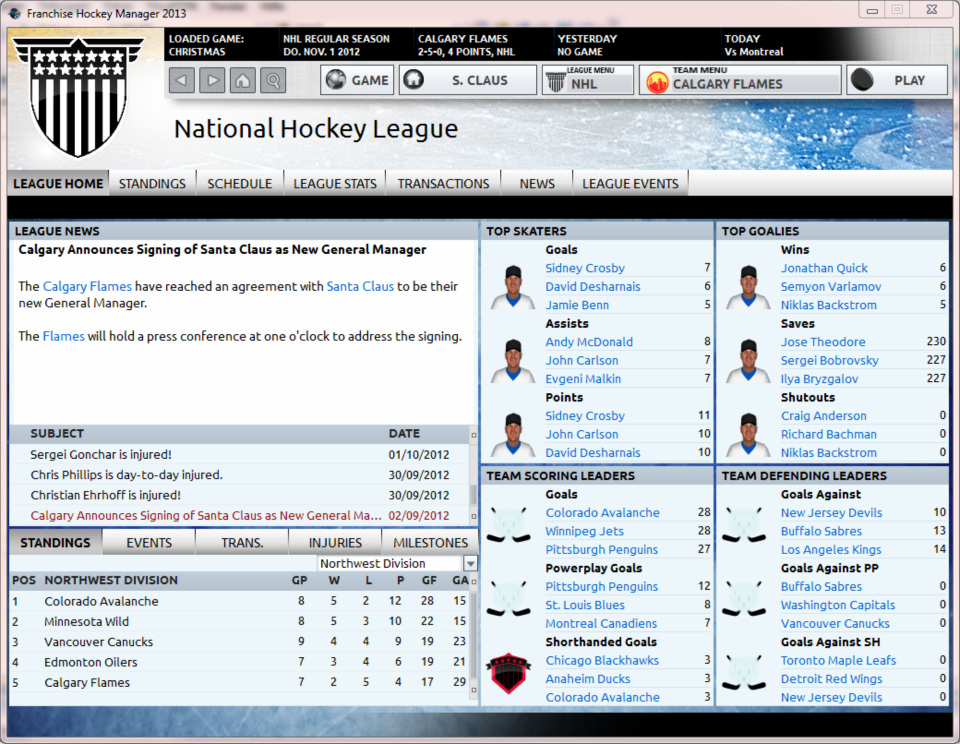 FHM 2013 features a robust attention to detail. Copyright Out of the Park Developments.

Considering the utter incompetency of the Columbus Blue Jackets since their birth earlier this century, I can’t wait to get my hands on FHM 2013, so I can set things right — at least in my imagination! Expect a full review of Franchise Hockey Manager when it hits the market!

1 comment for “Angry About the NHL Lockout? Start Your Own League with Franchise Hockey Manager!”