A fresh Friday #Quarkspace video for you! The Storm, from Drop, an @allmusic Top Pick still available for free @Bandcamp, is a little #psychedelic pop ditty, like #TheBeatles meeting Cat Stevens for a tune. Check it out! youtube.com/watch?v=AW8INz…

What follows is a profile of Malabar Farm State Park, famous as the home of Pulitzer Prize-winning author, Louis Bromfield. I wrote it for a website with which I no longer maintain a relationship. A day trip to Malabar Farm followed by a visit to its nearby restaurant makes for a perfect Ohio day trip.

As the possibility of another World War took hold in 1930s Europe, American Pulitzer Prize-winning author Louis Bromfield felt France wasn’t the best place to raise his family. Full of ideas on soil conservation and farming, he returned to his home state, Ohio, and established Malabar Farm, which still exists today as both a state park and a working farm, cementing Bromfield’s legacy as one of history’s greatest Ohioans.

Malabar Farm State Park is in Lucas, Ohio, southeast of Mansfield in the north central section of the state. This part of Ohio is known for rolling hills and remnants of Ohio’s forested past. The nearby Mohican State Park and Resort features a lodge and is popular place to stay when visiting Malabar Farm. Canoeing is also popular in the area; the local town of Loudonville is home to many liveries and other outdoor activities.

Louis Bromfield was born in 1896 near Mansfield. Educated at Cornell and Columbia, where he studied agriculture and journalism respectively, Bromfield served in the American Field Service during the First World War, returning to New York City afterwards to work as a journalist and a writer. Winning the Pulitzer Prize in 1927 for his novel, Early Autumn, Bromfield achieved both financial and critical success for his writing, with several of his novels being made into movies. He also ran in some pretty hip social circles, with famous names such as Hemingway, Bogart, and Tolkas all being acquaintances of the man.

Living abroad in France for most of the 30s, the rapid growth of Fascism in Europe led Bromfield to look home to Ohio to find a place to raise his family and try out some of his ideas for farming, including soil conservation. He purchased a few adjacent older farms in a bucolic valley south of Mansfield and with the help of his brilliant farm manager, Max Drake, proceeded to create Malabar Farm.

Until Bromfield’s death in 1956, Malabar Farm became a popular spot for both new techniques in farming and soil conservation, and for Hollywood glitz, as Bromfield’s pal Humphrey Bogart chose Malabar Farm as the perfect out of the way spot for his controversial 1945 marriage to 20 year-old starlet, Lauren Bacall.

Bromfield had always hoped that Malabar Farm would remain a lasting legacy to his home state, and that wish became reality when Malabar Farm State Park opened in 1976.

Being Ohio’s only state park that is also a working farm, Malabar Farm State Park features a petting zoo and visitors can tour the barns seeing a host of horses, cattle, chickens and other livestock. The new Visitor Center has various educational and historical exhibits and also provides a gift shop where one can sample Bromfield’s written work along with some fudge made on his farm.

Tours of the Big House are available, where one can see the spot where Bogart and Bacall exchanged their vows. Another Big House highlight is Bromfield’s office and massive desk; an inspiration to any writer.

Malabar Farm features miles of hiking and bridle trails that wind their way around the farm and nearby woods. The rustic Pugh Cabin, used during the filming of the Shawshank Redemption, is available for daily rentals. Camping options at the farm are limited, with 15 non-electric sites being available for rental. There is also a youth hostel on site, located in the house that the Bromfields lived in while the Big House was being constructed. The nearby Mohican State Park and Resort with its lodge is arguably the most popular place to stay during a Malabar Farm visit. 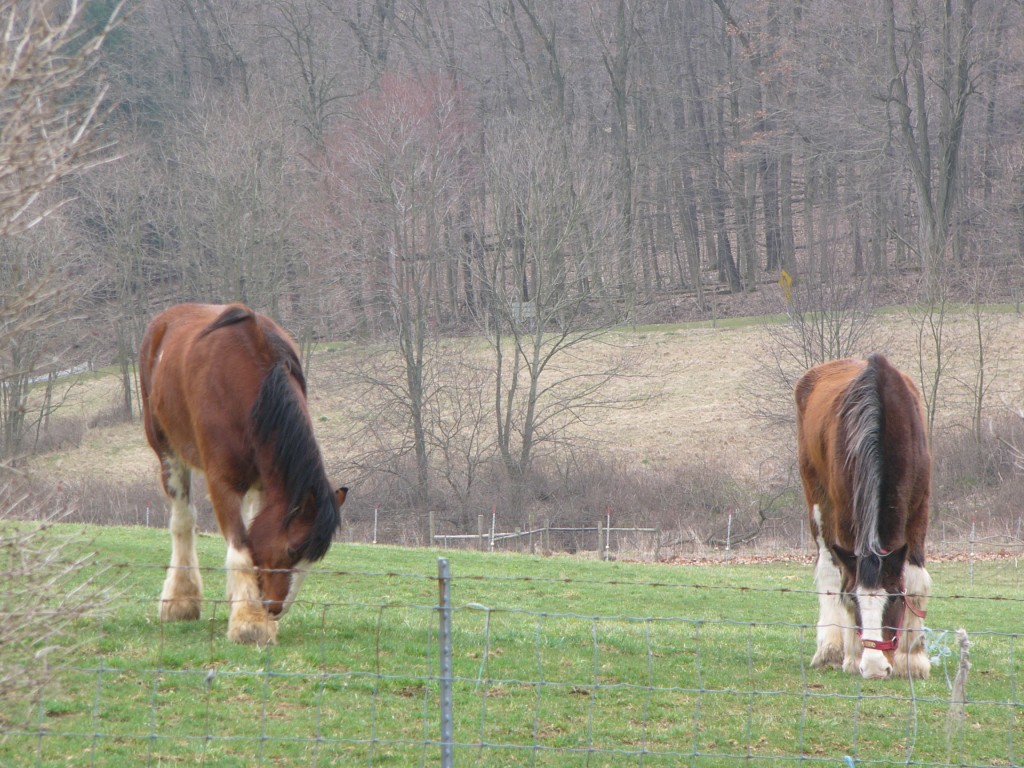 No visit to Malabar Farm would be complete without dining at the Malabar Farm Restaurant, an excellent restaurant featuring food grown at the farm, along with produce from other local farmers. There is also an in-season farmers market on site, carrying forth Bromfield’s tradition of making local produce available to consumers.

Malabar Farm State Park is a lasting legacy of one Ohioan’s success in both the literary and agricultural arenas. Louis Bromfield was truly a renaissance man and the farm he gave to his home state is one of Ohio’s greatest treasures. Plan for a visit today.

Louis Bromfield’s book about the genesis of Malabar Farm comes highly recommended. It is a pleasant read.

Bromfield’s Early Autumn is an all-time classic, winning the Pulitzer Prize in 1927.