Back in the 1980s when Quarkspace (without the “space”) was mostly a cover band with occasional forays into improv and songwriting, young Jay Swanson sported a Korg Poly-61 on top of his Fender Rhodes. Later that decade I bought my own version — it was a cool digitally controlled analog synth.

The Poly-61 had an ancestor in the Korg Polysix. Mostly the same on the inside, the Polysix also featured internal effects, real knobs, as well as actual analog controlled oscillators.

The iPolysix Arrives at the App Store

Korg’s iPad apps are some of the best music machines available for Apple’s popular tablet. I regularly use the iMS-20 and iKaossilator, so yesterday’s surprise discovery of the iPolysix app meant my wallet was a bit lighter. The app essentially puts two Polysixes (each with their own sequencer) on the iPad with dual Kaoss Pads, a drum machine, and a mixer. 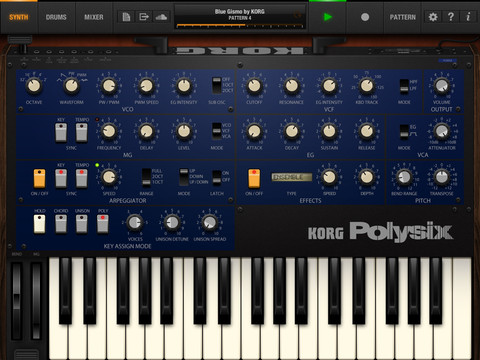 The Korg iPolysix in its virtual knob glory.

I haven’t had a ton of time to play around with the iPolysix (expect a full review on my music app magazine to be named later), but got the arpeggiator going for a quick jam session. It was like the 80s all over again. Well, except for those dual Kaoss pads. I had the resonant filter screaming!

The polyphonic Polyseq sequencer looks to be a lot of fun. With Quarkspace invading for studio work this weekend, I probably have to hold off before really diving into it. 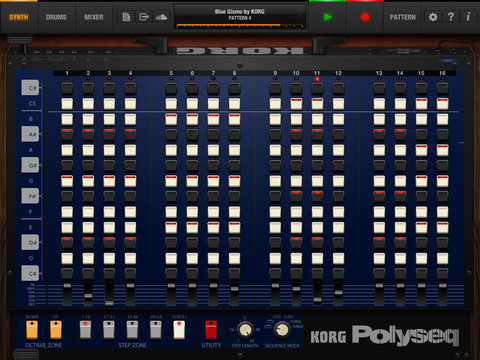 Needless to say, Korg has done it again. Maybe Santa will give Jay Swanson an iPad for Christmas, so he can have the closest thing to an actual Korg Poly-61 in his sonic arsenal?