After last week’s glance at the excellent Belgian ales from Canada’s Unibroue, let’s take a look at an ale actually from Belgium — Duvel.

A glass of Duvel Belgian Ale is unmistakable. With a large, frothy head on top of a clear, golden brew, Duvel provides both a clean taste and a kick typical of other strong Belgian ales. Not for the faint-hearted, Duvel packs an alcohol content of 8.5% ABV. 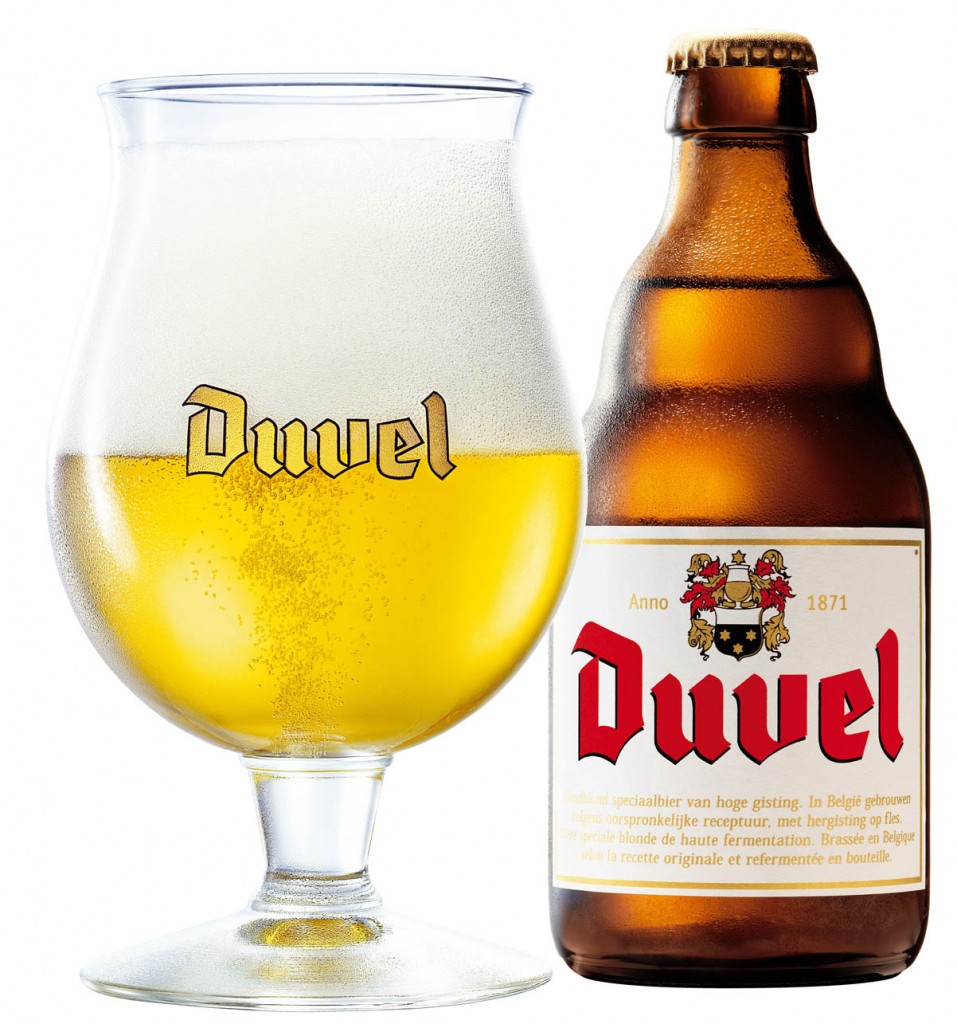 The story of Duvel begins in 1871 with the Moortgat family of Belgian brewers. Patriarch, Jan-Leonard, followed by his sons, Albert and Victor,grew their fledgling brewery business into the 20th Century. After the end of the First World War, Albert Moortgat decided to brew an English-style ale, called Victory Ale, made with a special brand of Scottish yeast.

Duvel is Named for the Devil?

The story of how Victory Ale became Duvel is similar to the story of how the New Yardbirds became Led Zeppelin. After drinking a sample of Victory Ale, a brewery worker is said to have remarked, “Damn, that’s a devil of a beer!” Soon after, the new ale was renamed Duvel, and it went over a lot better than a “bloody lead balloon.”

Duvel first became an export in 1970 and finally began to gain fame in America in the 1980s. Famous beer advocate Michael Jackson was an early fan and rated Duvel as one of the top five beers in the world. That love from beer connoisseurs continues today, as Duvel is arguably the most popular strong Belgian import in the United States.

In addition to Duvel, Moortgat also makes other varieties of beer, but none are as popular as Duvel. Bel Pins is a pilsner-style beer that was launched in 1930. The Vedette is another pilsner, first sold after World War 2, that has gained recent popularity in Europe as a trendy brew.

Maredsous, brewed under license from Maredsous Abbey, is a line of traditional Trappist style ales. The imaginatively titled Maredsous 6, Maredsous 8, and Maredsous 10 also sport their alcohol content in their names. These are fine-tasting beers that uphold the Trappist abbey brewing tradition in an excellent manner.

Duvel Moortgat are also owners of the American Belgian-styled, Brewery Ommegang, which produces a full line of Belgian ales including some excellent fruity lambic varieties, like Three Philosophers. Through this ownership, Duvel is able to achieve distribution synergies in the American market for both the Ommegang beers along with Duvel’s European imports.

A glass of Duvel is an elegant way to spend time with friends and is also a recommended way to watch Cleveland Browns football. Actually Maredsous 10 works a little bit better with the Browns.