The Bluffs Lodge is one of the three “motels” actually on the Blue Ridge Parkway. Surprisingly it has been closed for the past couple of years — a victim of its relative age, the Sequestration, and the inability of the National Park Service to find anyone willing to operate it. My wife and I stayed there on our honeymoon, and found it to be a great representation of what travel must have been like in the classic era of the 50s-60s.

The Bluffs Lodge is located in a pastoral region along the Blue Ridge Parkway. Photo by Angela Williams

The lodge was clean, the surrounding Doughton Park region was beautiful, and the rooms featured the largest closets I’ve ever seen in a hotel. Maybe someone will come to their senses and reopen the place soon? Here is a review of Bluffs Lodge I wrote a few years back — check out my reviews of the Peaks of Otter Lodge and the Pisgah Inn as well.

Bluffs Lodge is the most retro of the three hotels along the Blue Ridge Parkway. Looking like a classic motor lodge dropped into a scene of pastoral beauty, the Bluffs overlooks parkway land that is a leased to a local farmer.

Doughton Park and the Bluffs area feature an interesting history. In the early 20th Century, the area was a thriving mountain community known as Basin Cove. A devastating flood in 1916 changed all that, and the area stayed dormant until Robert Doughton purchased much of the surrounding land in the 1930s as the Blue Ridge Parkway was being developed. 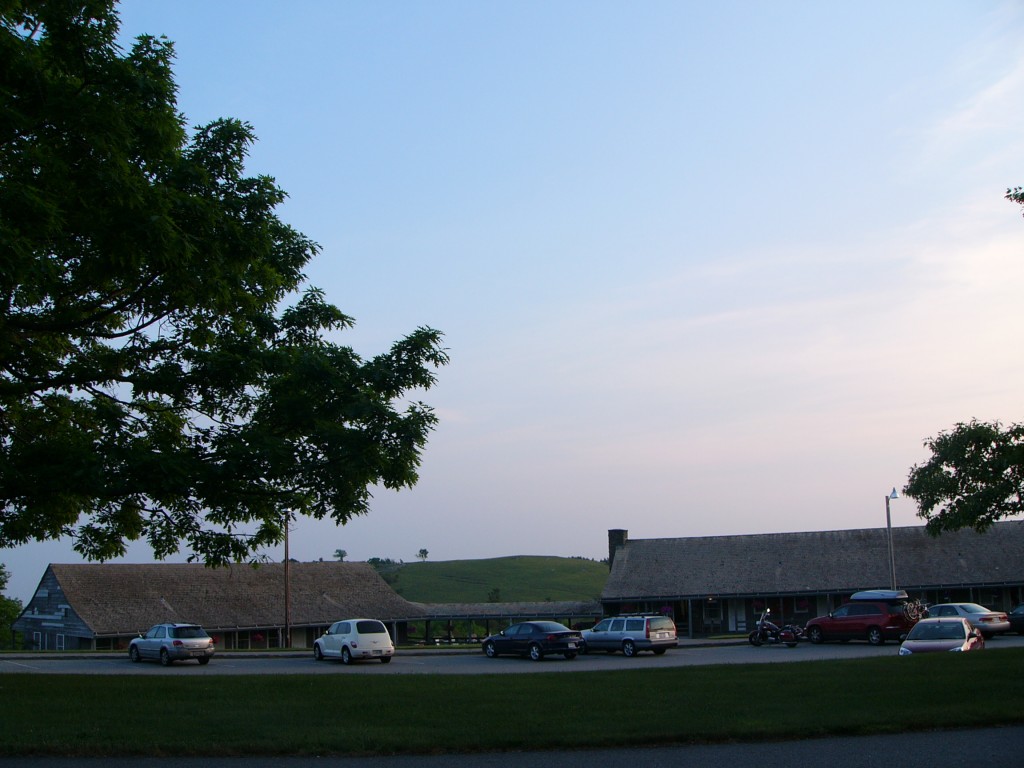 The Bluffs Lodge is a classic 50s style motorlodge. Photo by Angela Williams.

A trail next to the lodge leads to the Wildcat Rocks, which sports an overlook into the old Basin Cove area where an older cabin is still visible as a remnant of a long lost mountain life. Another more strenuous trail leads down into old Basin Cove offering a closer view of Caudill Cabin.

The surrounding beauty of Doughton Park is breathtaking. Some of the parkway land here is leased to local farmers, so it isn’t surprising to wake up at Bluffs Lodge finding cows grazing peacefully outside the window. Some of the lodge’s comfortable rooms face the meadow and mountains, while the other half face the parking lot. Obviously, it is worth the extra price for a mountain view room.

A Classic Restaurant Along the Blue Ridge Parkway

Bluffs Restaurant is located on the opposite side of the parkway from the lodge’s access road. Built in the 1950s at the same time as the lodge, it is a classic-styled restaurant that features waitstaff that have worked there since it first opened. There is also a gift shop in the same building as the restaurant as well as an adjacent camp store that services the nearby campground.

Doughton Park’s miles of hiking trails offer fun for hikers of all experience levels. No visit to Bluffs Lodge would be complete without checking out Brinegar Cabin. Located a couple miles before the lodge’s access road, the photogenic Brinegar Cabin was the homestead for Martin Brinegar’s family from the late 1800s until the 1930s when the family sold out to the National Park Service before the Blue Ridge Parkway was built. 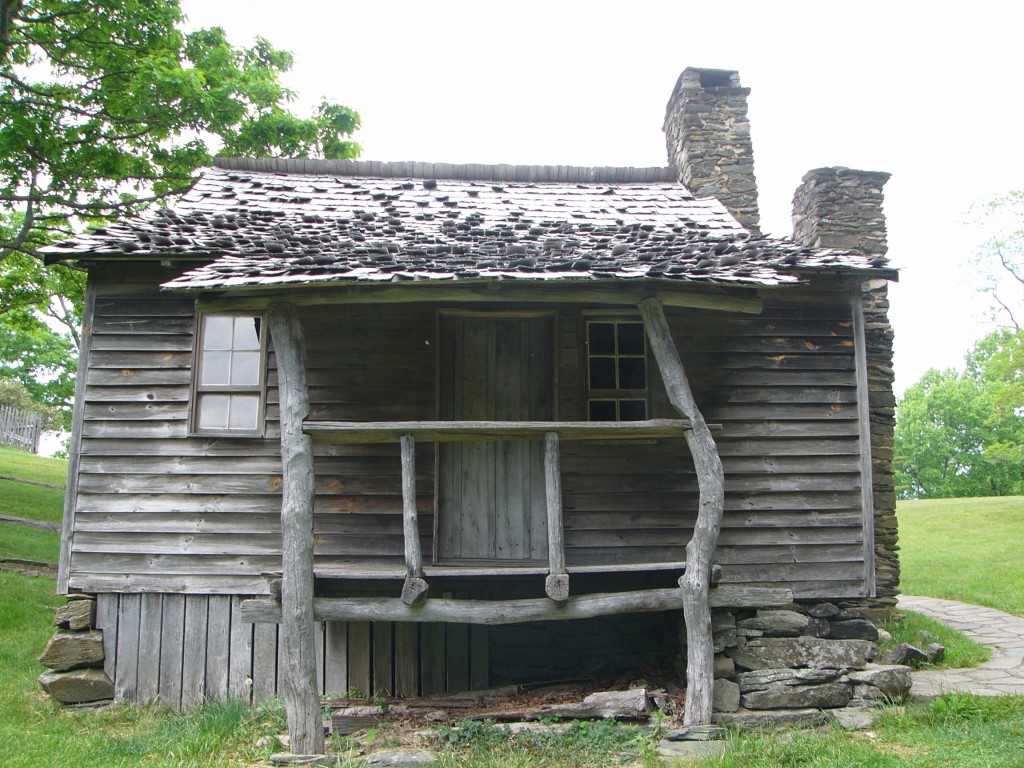 Bluffs Lodge is recommended to anyone traveling the BRP, or for couples looking for a romantic North Carolina mountain getaway. The pastoral beauty of the Doughton Park area has delighted parkway travelers for years.

William Lord’s books on the Blue Ridge Parkway — listed below — are highly recommended.

11 comments for “Will the Blue Ridge Parkway’s Bluffs Lodge ever Reopen?”