The middle of winter is the best time to dream about a warm summer day, driving along the Blue Ridge Parkway. Here is an article about the Peaks of Otter Lodge, which is also open on the weekends in the winter. Check out our articles on the Blue Ridge Parkway’s Bluffs Lodge and the Pisgah Inn as well.

The Blue Ridge Parkway is one of the most popular vacation destinations in the Eastern United States. Essentially a 469 mile park road along the crest of the Appalachian Mountains, the BRP is the most visited park in the National Park System.

The Peaks of Otter Lodge is at mile marker 85.6 of the Blue Ridge Parkway. A beautiful and rustic resort, it offers stunning vistas of both peaks of Otter — Sharp Top and Flat Top. Miles of hiking trails and an excellent restaurant are just two of the highlights of the “Peaks”.

A Jewel of the Blue Ridge Mountains

Peaks of Otter Lodge is the first of the three hotels that actually sit along the Blue Ridge Parkway. The “Peaks” had long been a popular Virginia vacation destination all the way back to the days of the old Hotel Mons in the late 1800s. With the construction of the Blue Ridge Parkway in the 1930s, this was an obvious place to put one of the Parkway’s three planned lodges.

The lodge sits in between the two peaks alongside photogenic Abbott Lake, which is named for Stanley Abbott, architect of the BRP. Its 60 rooms each offer stunning views of Sharp Top which makes the lack of a TV or Phone almost irrelevant. 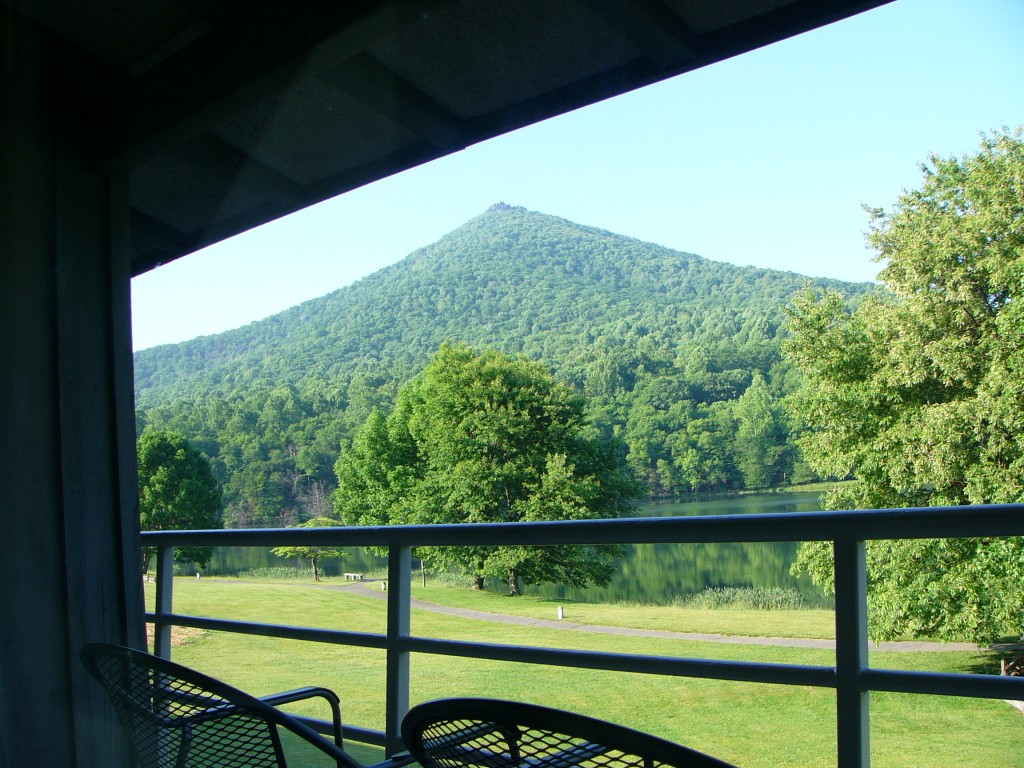 The view of Sharp Top from a room at the Peaks of Otter Lodge along the Blue Ridge Parkway. Photo by Angela Williams

The rooms themselves are nicely appointed with exposed beams adding to the rustic lodge feel. There is also a balcony with chairs to enjoy the view of Sharp Top.

Hiking Trails at the Peaks of Otter

Since the Blue Ridge Parkway is a National Park, there are miles of hiking trails at the Peaks of Otter. The lake trail around Abbott Lake is especially photogenic and there is a good chance of seeing some wildlife along the way.

Another interesting trail leads to the Johnson Farm exhibit, featuring the homestead of the Johnson family who lived in the Peaks area in the early 1900s. This trail also passes the foundation of the old Mons Hotel. The Johnson family’s produce was used in the hotel’s restaurant. 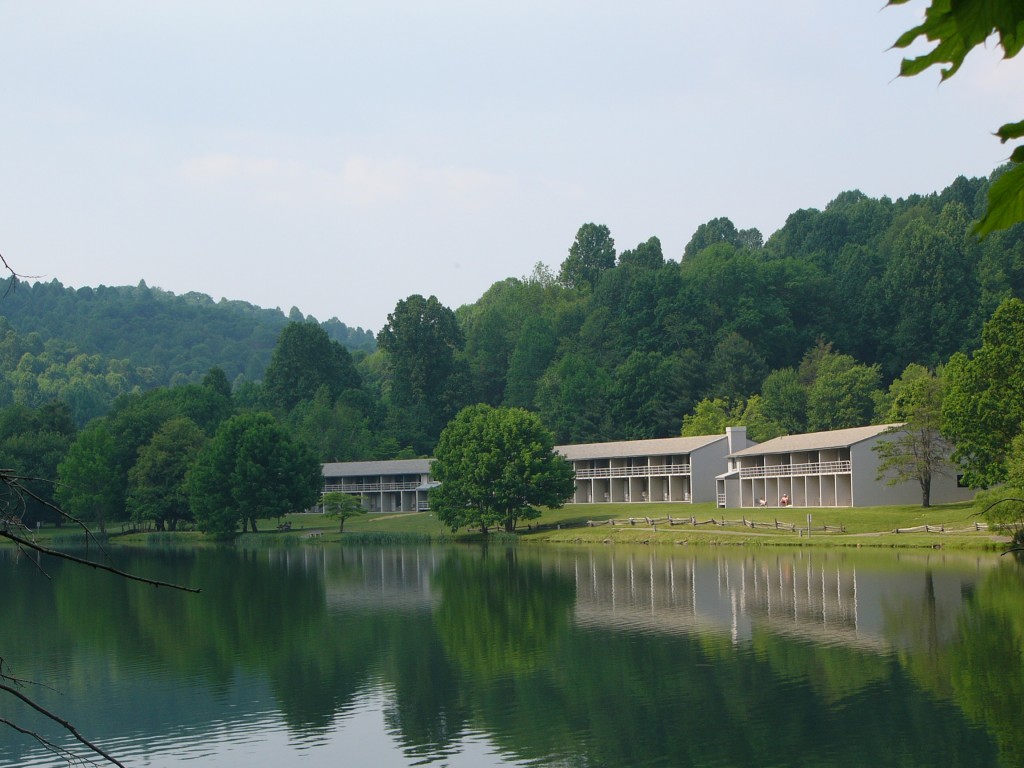 The Peaks of Otter Lodge from across Abbot Lake. Photo by Angela Williams

The challenge of hiking up Sharp Top Mountain will inspire the more in-shape visitors to the Peaks of Otter. The lodge also provides a bus to the top of the peak for those wanting to see the view without the exercise.

Blue Ridge Cuisine and Other Attractions

The Lake View Restaurant at the lodge is top rank, featuring local cuisine and a stunning view of Abbott lake. Their Friday Seafood buffet is very popular in the Bedford, Va area. An attached lounge also offers most popular libations with the same beautiful view.

Other nearby destinations include the popular Peaks of Otter Winery, and Appomattox Court House National Historical Park – where Robert E. Lee surrendered to U.S. Grant, effectively ending the American Civil War. Bedford is also home to the D-Day Memorial which is a must-visit for World World 2 buffs.

The Peaks of Otter Lodge is the perfect getaway for a family hiking trip or even a quiet romantic weekend for two. Both the Peaks and the Blue Ridge Parkway are two top vacation destinations in the Appalachian Mountains.

Enjoy this recommended book we used on our Blue Ridge Parkway trip.